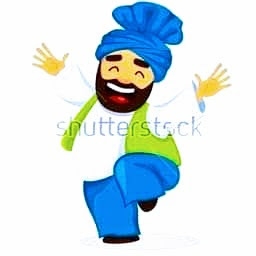 Intelligence with them that forsake the Holy Covenant. Daniel 11: 30 Arab Jew Christian Take A Stand

ARISE O LORD IN THINE  ANGER LIFT UP THYSELF, BECAUSE OF THE RAGE OF MINE ENEMY AND AWAKE FOR ME, TO THE JUDGEMENT "THAT THOU HAST" COMMANDED. Psalms 7 KJV

RAISED, ARE .. Many Antichrists

Israelites today in the end days judgements upon all according to end times prophetic writing, might next move to return the Perpetual Covenant in referendum or for legislation. This Covenant Commandment for judgement is determined a commandment (not one of the 10 commandments) but out of Old Covenant texts anyway and effectively would declare sovereignty in Zion for Israel as a nation of the earth, the chosen nation and chosen people of the Lord at that and lined up alas with "latter days" prophecy and the 70 Weeks vision of Daniel 9. The nation of Israel with keeping the practice of a Holy Sabbath though, is now such, they do not keep the Sabbath day holy. But when they do their glory and His presence stands lifted, in accordance to prophecy. Until then, and yet then judgement has come to Judah inclusively. Is there more to the narrative to be discussed for distinction between the judgements of Jerusalem in our days and the final judgement of a last battle of Armageddon and then such the heralded "resurrection of the dead?"

But moving anyway to front lines and to the headlines from scriptural prophecy are events aligning and corresponding to the Old Covenant commandment prophecy and with respect to Isaiah where and who was reflective about some practices today. Under headlines of scale and scope currently and unquestionable all are while, that be of a humanitarian state today of atrocious affairs. Can it be agreed with by the three Abrahamic Faith's today?

Representative there, in Daniel's "70 Weeks Old Covenant Commandment" as come full circle, now and revisioned or envisioned today, that long ago did come upon Daniel the prophet that we read about in the 9th chapter. The Commandment given to Daniel for the chapter 9 text by presiding angels Gabriel and Michael is told there. Purposed are of "last days of the world determinations and desolation" are such "visionary or apocalyptic teaching nowadays and foretold then and taught to all of civilization and humanity with more backup context in all of Micah and Habakkuk for starters. Today understood  for support to prophecies of end days/end times more with Isaiah 28, Habakkuk 2: 2, Isaiah 30:8, Hosea 4, books of Nahum and Zephania, Jeremiah 50: 5 & Daniel 8: 26 in the Old Testament and all as covenant commandment inclusively, shared unequivocally throughout invariable multiple context and brought up to date for us from the New Testament passage in 1 John chapter 2, for those who are true believers. It's our intention to reconsider such fact-based scripture in line upon line as well precept upon precept study review.  Next we now see with Antichrist's  as such reappear from even these three major faiths today of Abrahamic, Noahic and Mosaic covenants collectively contending with this holy vision of the scriptural end of world and as with a beginning for the next  more permanent world.

THERE PROPHESIED ON TABLES, IN STONE PROPHECIES ARE "WE HERE, WHO COMMENT" Recieve thine annointing !

I will stand upon my watch, and set me upon the tower, and will watch to see what he will say unto me, and what I shall answer when I am reproved.

2 And the Lord answered me, and said, Write the vision, and make it plain on tables, THAT HE may run (execute plan) that reads it.

3 For the vision is yet for an appointed time, but at the end IT shall speak, and NOT lie: though it tarry, wait for it; because it will surely come, it will not tarry.

ISAIAH 29: 8  Now go, write it before them in a table, and note it in a book, that it may be for the time to come for ever and ever

Muslim, Arab, Jew, Sikh, Ethiopian - enumerated, are such BELIEVERS all in scope today and as are the Gentiles alike, also are Christians welcome.

In thesis, from the WORDS of Jeremiah's hard hitting message for the "last days studies" are premiered for us on lines and pages of his chapters in 50 & 51. In summary "it is" purposed so our large media "set up a standard" for Jeremiah's people - to get out of Babylon. Flee - and should be, we hold our (MSM) big media to broadcast in the middle east to GET OUT and don't look back "and for social media to spread that agenda .

Whereas we in Christianity see endless debate that a single Antichrist factually is one and be only, specifically such only one is not singled out to clearly so be named, or be one by reference. But we argue it anyway and if IMHO it does yet only to some tell of it but not to everyone of the faith it suggest and means that here then a particular, definite king, isn't particularly so, to be He.

As much is told all through the book of Daniel beginning predominantly chapter 11 vs 2. Is it a case in point that someone just has very powerful talent and skillsets  above that of others positioned in leadership? But pages of scripture content does tell of many Antichrists and to read plain and clear as be many of "who be, present today" and if, as well just that, were there down through the last 2,000 in overview as, "many be". Book of 1 John 2 refer it and verses 18 & 19 in highlight

Muhammad said; The Hour will not be established until two BIG GROUPS fight each other  whereupon there will be a great number of casualties on both sides and they will be following one and the same religious doctrine, until about 30 dajjals appear, and each of them will claim that he is Allah's Apostle. .. Islam, will appear on Earth before the Day of Judgment. At the time of the Second Coming of Christ, the Prophet 'Isa (Jesus Christ son of Mary) will kill al-Masih ad-Dajjal (The antichrist).Muslims believe that both Jesus and Mahdi will rid the world of wrongdoing, injustice and tyranny, ensuring peace and tranquility..

What is prophetic biblical meaning in scripture of the latter days about the Black Stone? How far or to what lengths does Islam's black stone account reach over for Isaiah 28:16's account of the Lord's foundation stone laid in Zion for a tried stone and precious cornerstone?

The Black Stone is a rock set into the eastern corner of the Kaaba, the ancient building in the center of the Grand Mosque in Mecca, Saudi Arabia. It is revered by Muslims as an Islamic relic which, according to Muslim tradition, dates back to the time of Adam and Eve..

Keep Up With Old Holy Covenant Forsakers On The Go

Old Holy Covenant Forsakers is powered by Mighty Networks
Phone numbers from outside the United States may need to use a prefix (e.g. +44 XX XXXX XXXX). Available on iOS and Android. This site is protected by reCAPTCHA and the Google Privacy Policy and Terms of Service apply.
Join